Some things in our life are more important as compared to others due to their critical use. Gas is one of basic and most important component that helps in running a number of things including motor vehicles, machineries and almost all mechanisms that have an engine. However, when we look around, we see that gas is used almost everywhere. Gas can be used to run factories and cars and the list goes on. With the increased consumption and demand of gas, the prices of other commodities apart from gas have increased significantly. We seriously have to work on figuring out why the world is caught up in high gas prices despite of its adequate availability.

After research, we have found that gas price is inelastic and its dealers take disadvantage of it and increase the price sometimes by much increased ratio as compared to the actual rise in price worldwide. Gas dealers know that somehow, the people who use gas would like to stick to gas and so it would be profitable to get more money out of people’s pockets with this way.

I have noticed that no matter if the gas prices rise every month, people are still willing to pay for it. To make people fall into the net of high gas prices, gas pumps intentionally create its shortage for some time so that people would rush to fill their tanks to maximum on any cost to keep up with their daily travelling around the town.

If I consider the simple scenarios in my country, the oil prices have worried my country and the rest of the world. Most of the public transport runs on gas. When the ticket and cost for public transport even rises, people tend to worry about the daily cost that they incur and hence they shift to easier and less costly ways of travelling. They buy other smaller vehicles. When everyone starts doing this, as it creates a demand for gas and hence gas prices rise more than people could imagine and people very happily pay for it assuming that the cost of per month is still less than what costs them while they used public transport that run on gas. 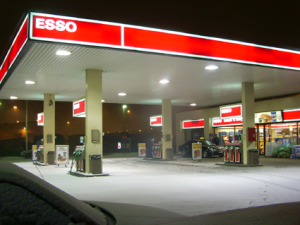 When I see people filling their gas tanks they always have a fear of the prices rising in the morning or within few days. This is how gas prices have worried the world and even the poorest consumers. People, who earn by being a driver, use gas in their cars, as there is no other substitute so the cost still keeps on rising for people. Some people think of going in the market and buying a new SUV that carries even a bigger tank and comes with a tag line of less fuel consumption vehicle, which is just an advertising gimmick. So the simple demand and supply rule is followed with the concept of substitutes and price elasticity. Gas prices are rising and have worried people even with a scooter to drive around the city and with the rising prices the filling up of gas tank now seems miserable where the misery is equal to oil price rise.